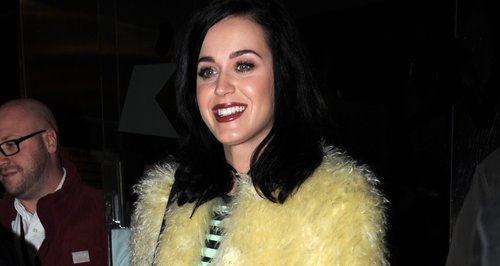 The 'Roar' star says she would be honoured to finally win an award at the 2014 ceremony.

Katy Perry has opened up on being nominated for two Grammy Award for next year's big ceremony.

Last week it was confirmed that the 'Unconditionally' star has landed two nods for the 2014 event for Best Pop Solo Performance and Song Of The Year for 'Roar'.

"I love the Grammys and this is my eleventh nomination," Katy exclusively told Capital's showbiz reporter Kevin Hughes. "I've never won anything!

"I'm sure there are other people like me out there," she explained. "But of course it would be nice to win, it's nice to even be acknowledged that you could be nominated.

"But a lot of times I've gone up against the great Adele, and even if I were to have won I would have just given them to her! Like, I'm not worthy of [her]!"

The Grammy Awards 2014 will take place at the Staples Center in Los Angeles on 26th January 2014.