The 'Dark Horse' star and producer Diplo partied together until the early hours over the weekend.

Katy Perry and Diplo were spotted dining out together in New York City over the weekend, seemingly confirming recent rumours the pair have struck up a romance.

The 'Roar', who split from ex-boyfriend John Mayer earlier this year, was seen eating out with DJ and producer Diplo at the Marlton Hotel in NYC, after being seen hanging out together at Coachella earlier in the month.

Check out a snap of Katy and Diplo together below (Credit: Splash): 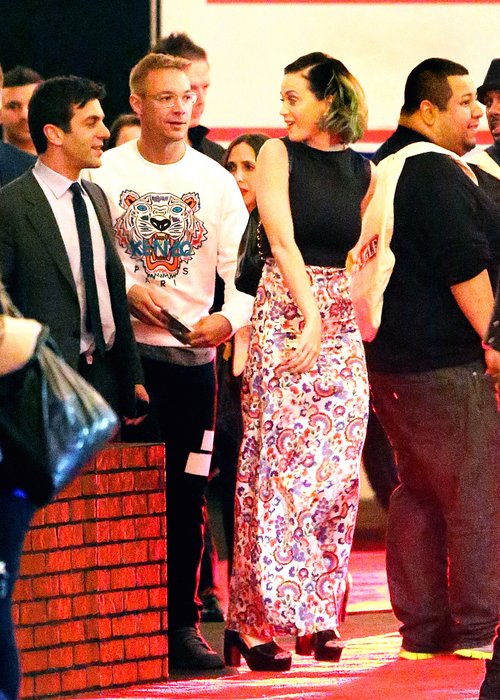 Katy and Diplo are then said to have headed to a party at the Skylight Club with friends, later heading to the Up & Down nightclub before catching a cab together at round 2am.

"Diplo and Katy were super affectionate," a source revealed to The Mirror. "It's a really fun relationship for them both, easy and casual.

The pair have yet to officially confirm whether they are in a relationship together.

When Is Katy Perry’s Due Date? Baby’s Sex And Other Pregnancy Details Revealed

Katy Perry’s Dating History: Who Is She Having A Baby With? And Was She Married To Russell Brand?