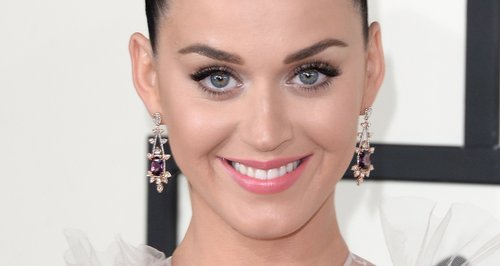 The 'Firework' star's latest 'Prism' video has been teased online ahead of its premiere.

Katy Perry has promised to reveal her brand new music video for 'Dark Horse' very soon, while a picture of the rumoured set has emerged online.

The 'Roar' singer is prepping her third 'Prism' single release and a picture of a pink-themed set has been shared on Twitter a had of the video's upcoming premiere.

"Ermagherd derk herse holds steady for the 2nd week @ #1! THANK YEW!" Katy tweeted over the weekend, after scoring a second week at number one on the US Billboard Hot 100. "Would you like a video? Okee! Hold yer herses… SOON!"

Ermagherd derk herse holds steady for the 2nd week @ #1! THANK YEW! Would you like a video? Okee! Hold yer herses...SOON!

After shooting the video recently a picture was later posted online reportedly showing Katy filming scenes on the set.

@ScottWilliss wellllll it's a rumoured picture BUT If you zoom in, it looks a little like Katy lool x

This month Katy Perry has also celebrated another milestone after becoming the first user to reach 50 million followers on Twitter.