The Hollywood stars build anticipation for another parody following this week's 'Bound 3' promo. 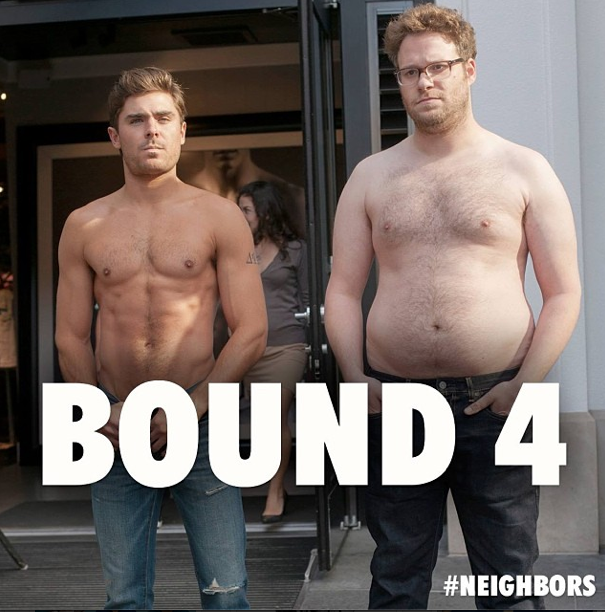 Zac posted a topless picture of himself and Seth as they looked to promote their new film Neighbours.

"Whether you're a #KanyeWest fan or not, fans are #Bound2 get a kick out of this new still from #ZacEfron and #SethRogen's film #NeighborsMovie Check out all the neighborly shenanigans when the comedy hits theaters next May! #uhhuhhoney," he wrote to caption the shot.

Check out James and Seth's 'Bound 3' video below:

Kim Kardashian tweeted that both she and Kanye found the 'Bound 3' video hilarious and praised the comedians for their effort.