When Kim posted a pic of Kanye passed out on a shopping trip, little did she think it would spawn this many AMAZING Photoshopped images...

We love when the Internet takes something and runs with it – and the latest victim of a series of HILARIOUS photoshops is none other than Mr Kanye West.

Kim Kardashian posted a photo of her husband and daughter, North West, asleep on a recent shopping trip with John Legend and Chrissy Teigen – and some clever Photoshop wizards saw the perfect opportunity to create some serious GOLD.

So today we went baby shopping with @johnlegend & @chrissyteigen Kanye & North were a little too quiet. We found them passed out in the middle of the store #TheRealLifeOfPablo

Kanye was cropped out and digitally placed into a variety of ridiculous scenarios – from Kim carrying him like a baby, to him being the baby Jesus in the manger and even sleeping rough and begging Mark Zuckerberg for $1billion for his ideas.

There was the one of Kim carrying him around like a baby: And the one where he became the Baby Yeezus in the manger: 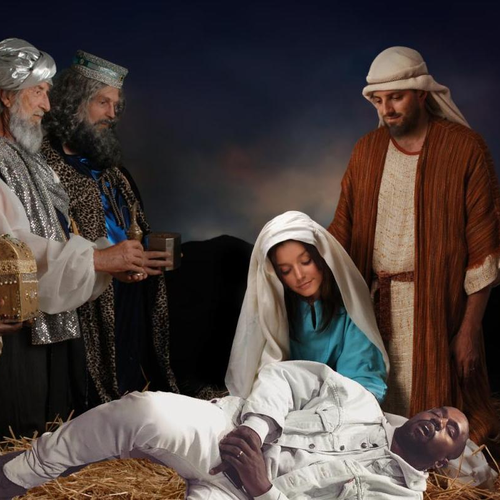 Who hasn't fallen asleep on a strangers shoulder on a park bench at least once in their life?!: He even begged Mark Zuckerberg for that $1billion he needs to make his dreams come true: 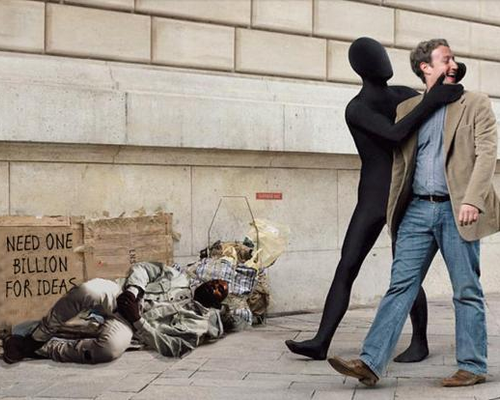 Even the Pope struggles to hold Kanye's attention sometimes: Yeezy as the MGM lion is one of the best things ever to grace the Internet: 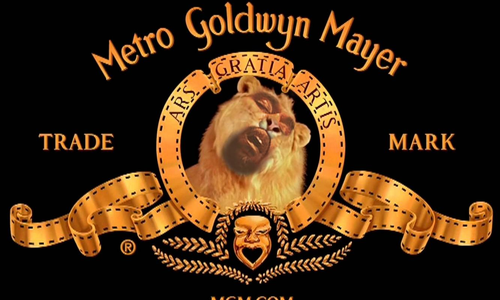 He also makes an excellent man in the moon for Dreamworks:

Apparently putting him into movie company logos is the thing to do - and this is EXCELLENT: 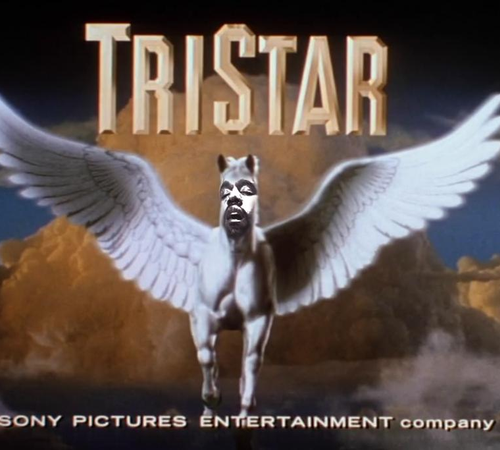