Kanye West has unveiled the title of his new album 'Yeezus' following his recent performance on Saturday Night Live.

The 'Otis' rapper's girlfriend Kim Kardashian also posted an image of the artwork which will accompany the record and confirmed the 18th June release.

The announcement also came the day after Kanye premiered new song 'New Slaves' via projection on buildings around the world.

Check out the artwork to Kanye's new album 'Yeezus' below: 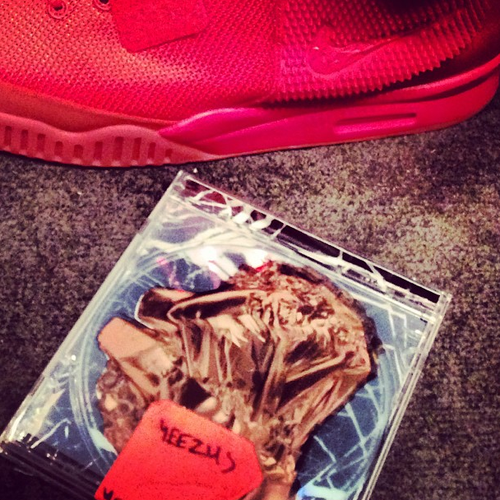 He gave a performance of the track as well as fellow new tune 'Black Skinhead' on Saturday Night Live.

Meanwhile, the star was recently filmed going on a huge rant during a performance in New York singling out the press and his "celebrity" status.