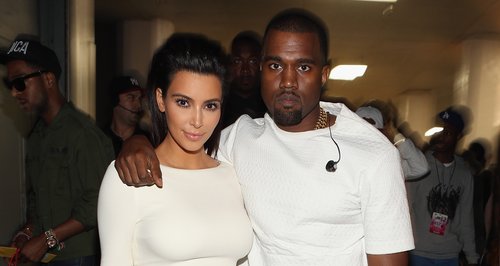 The 'Jesus Walks' rapper is said to have popped the question to his girlfriend on her birthday yesterday.

Sources have told E! News that the rap superstar popped the question in front of their friends and family at AT&T Park in San Francisco on Monday night (21st October), as Kim celebrated her 33rd birthday.

It had been rumoured earlier in the day that a proposal was on the cards, with the news apparently coming true.

The pair have been together since early 2012 and recently welcomed their first child together.

Meanwhile, the rapper came under fire this week after cancelling the second night of his new tour.

The outing opened to rave reviews over the weekend – seeing the star joined on stage by someone dressed as Jesus.