WATCH: Kanye West’s American Idol Audition Video Arrives – But Does He Go Through?!

Kim Kardashian shared the video of her supporting ‘Ye at his mock audition – but does he make it to Hollywood?!

The news that Kanye West had done a mock audition for the new series of American Idol has been around for a few weeks, but we’ve finally got a deeper look at his audition… but will he make it through to the next round?

The full video of Kanye's audition for the judging panel has finally arrived, and as well as performing one of his own songs, 'Gold Digger' (which references one of the judges bum!) we can see Kim Kardashian waiting nervously backstage while her man goes in front of the panel.

Kim posted a teaser video on Twitter showing her supporting her famous husband as he goes in front of the judges telling Ryan Seacrest, “I’m not nervous because I really do believe in him”.

It's YEEZY season! Can't wait for you guys to see Kanye on @AmericanIdol in January! #Idol pic.twitter.com/zhRtQH5Ti9

As Kanye steps out in front of the judging panel, he tells them, “My name is Kanye. I'm from the south side of Chicago. I'm originally a producer. I always wanted to rap and no one really believed in me, so I wanted to try some things out, you know?" 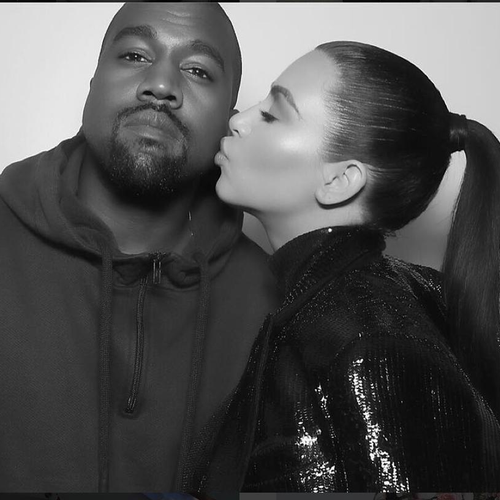 We LOVE it when we get to see the lighter side of Kanye - we could get used to this!

WATCH: “I Said No Pictures”: North West Stands Up For Herself Against The Paparazzi