The 'SexyBack' singer came out top in a new survey when asked about which pop star should take control of the country.

Justin Timberlake was named as Americans' favourite choice for President when asked which pop star should take up the role.

The 'Cry Me A River' singer received 34% of the vote in the study – conducted by highly regarded polling firm Public Policy Polling.

31% also suggested the 'What Goes Around' singer to focus on his golf career.

The results were printed in TIME magazine this week and also revealed that 56% of people want Snoop Lion to return to his former moniker of Snoop Dogg.

It's also bad news for Rihanna and Chris Brown, after 67% of Americans voted against the pair getting back together.

Artists such Adele Beyonce and Taylor Swift were among the most highest approval ratings of those polled. 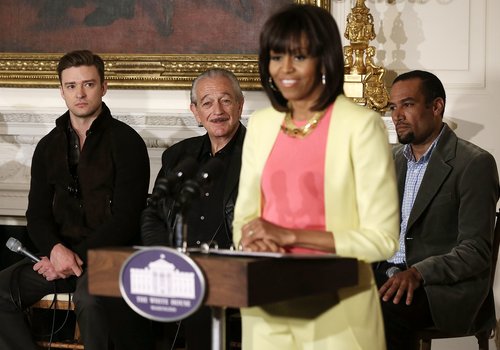 Meanwhile, Justin Timberlake will be heading to Wembley next month to host Capital FM's Summertime Ball 2013.

Robbie Williams, The Wanted, Will.i.am, Taylor Swift and Lawson are just a few of the names featured on the biggest line-up ever on 9th June.