The 'Cry Me A River' singer speaks about his 'Legends Of The Summer' touring partner during a new interview.

Justin Timberlake has been speaking about Jay-Z and revealed the person the rapper portrays on stage is not the real man.

The 'SexyBack' singer told T Magazine that he considers the rapper to be just as much an actor as himself.

The singer revealed that the persona portrayed on stage is similar to a role in a movie.

"I try to talk to people about how much acting goes into music, how much of a character goes into what you put on stage," he told the publication. "You ever sit down with Jay? He's not the guy he is on stage. 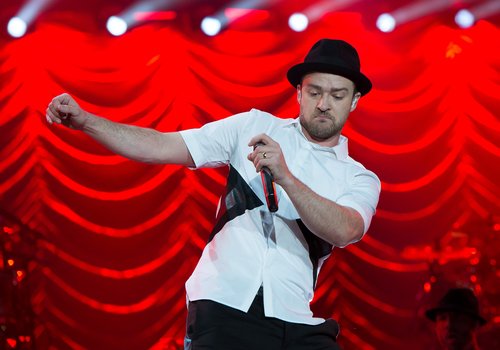 Justin also recently told the magazine that his new album 'The 20/20 Experience 2 Of 2' will be like the "hotter, older, evil twin, sister" of his March release.

The singe was also seen performing at the Rock In Rio concerts in Brazil this weekend.