Some people just can't forgive JB for walking off stage during his set...

Justin Bieber is currently in the middle of his Purpose world tour.

Having already performed several shows in the UK, it was the turn of Manchester to enjoy some classic JB.

Unfortunately for fans though, he walked off stage before he'd finished his set, seemingly annoyed that the crowd wouldn't be quiet when he wanted to speak. 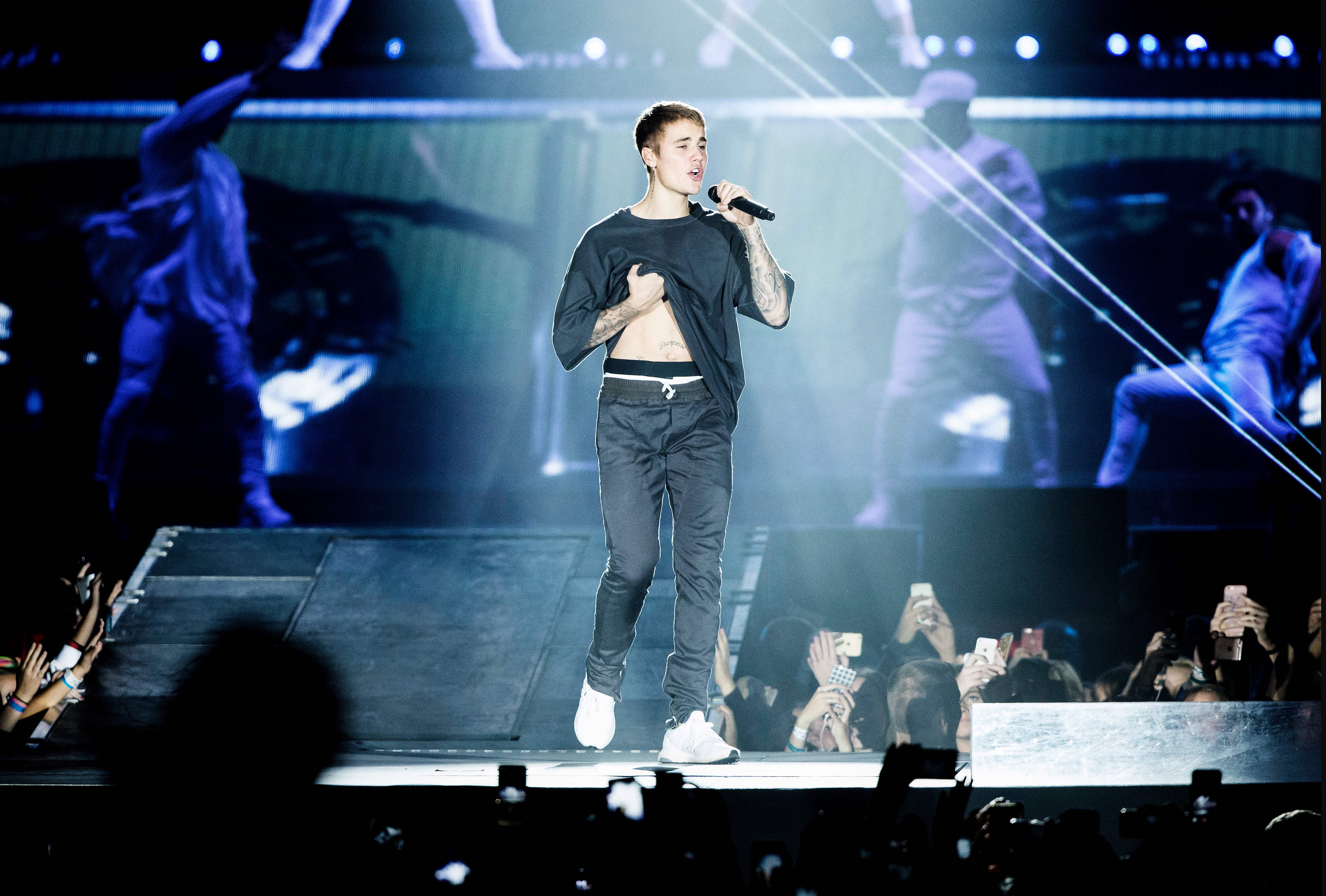 It wasn't the first time that it'd happened in Manchester during his tour and fans weren't happy about it at all.

Justin told the crowd, "The screaming during these breaks has gotta stop", but that just caused fans to boo really loudly.

Obviously not happy that his fans weren't listening to him, Justin then took it upon himself to drop his microphone and walk off stage!

Here's where Justin Bieber got boo'd tonight for asking fans to not scream and walked off stage #PurposeTourManchester pic.twitter.com/qEJzNZRfuv

At a previous Manchester show, Biebs had addressed the onlooking crowd saying, "I’m trying to engage, but if you guys don’t want to, I’ll play the music."

What is it with him and Manchester!?

Well luckily for fans Justin did return to the stage and explained why he'd walked off...

Forgot I recorded this. The whole video of when Justin Bieber first came back on stage last night #PurposeTourManchester pic.twitter.com/zDxb0QbfsO

Telling fans that he want to have a connection with them, Just calimed he wasn't trying to be an "asshole" and stated "Manchester, you guys are awesome" before continuing his set.

Later on he explained further...

After stating that he's "travelled across the whole world to come here" and he's dedicated his life to performing and bringing smiles to people's faces, JB explained that he didn't feel he was getting the same respect back from fans and it "hurt a little bit".

But it seems that it takes some fans a bit longer to get over it as everyone has been split on how they feel about the whole incident.

@hannawwh there's NO excuse. He stormed off literally because he got annoyed by his own fans cheering for him. He's garbage

what happened last night was unacceptable, what's the point in booing someone, people have feelings. #PurposeTourManchester

@justinbieber thank you so much for last night, please ignore the negativity I understand love you #PurposeTourManchester pic.twitter.com/JrcVywbgkz

I waited over 6 years for last night only for Justin to be booed off the stage.. thanks to the 'fans' #PurposeTourManchester

Love bieber but he has to stay humble and remember his fans put him on that stage.. #PurposeTourManchester

Should fans show artists respect and listen to them when they're speaking on stage or should they be able to do what they want as they've paid their money to attend?

Or should artists just forget the chat and just perform their songs?