"This Is History!" Not Our Words, But J Balvin's After Bieber Crashed The Stage!

We've been listening to that Latino remix of 'Sorry' for the past two months, but apparently dreams to come true, when Justin rushed the stage to perform it live with J Balvin!

During early November, Justin Bieber uploaded a Latino remix of his huge hit, which featured J Balvin, a Colombian singer. We may have hit the replay button once or twice... Or 88 times. 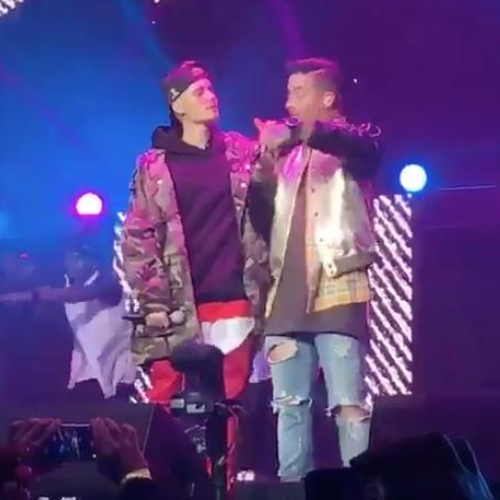 Fortunately for us, the 'What Do You Mean?' sensation burst onto the stage at J Balvin's sold out performance at the CALIBASH concert at the Staples Center, where they performed their hit.

We feel Sorry for the people that just missed @justinbieber and @JBALVIN remix#Calibash2016 pic.twitter.com/4tiHSek3EW

If you think that was exciting, you have to wait until you hear what Biebs said - he shouted "... We've got something special coming soon too!" into his microphone later that night.

Had to support my bro @JBALVIN tonight at Staples. We got more coming. https://t.co/H226RPY2gK

Great. Now our hopes are really, really up!