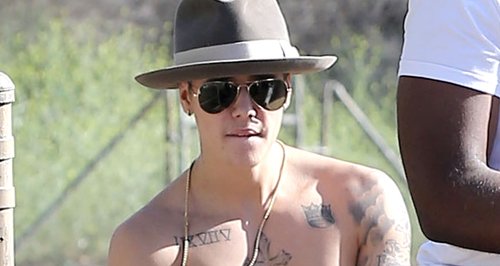 The 'All That Matters' star rocked a fedora and shades for his day out in nature.

Justin Bieber was spotted enjoying a casual day out with friends this week by heading off on a horseback riding trek.

The 'Boyfriend' star was quick to whip off his shirt and show off his muscles while riding a 'pure bred stallion" around the Hollywood Hills along with a large group of mates.

Justin seemed happy to show his growing collection of tattoos off during the trek, while rocking a brown fedora hat and aviator-style shades.

Check out a picture of Justin Bieber out horse-riding this week below (Credit: Splash): 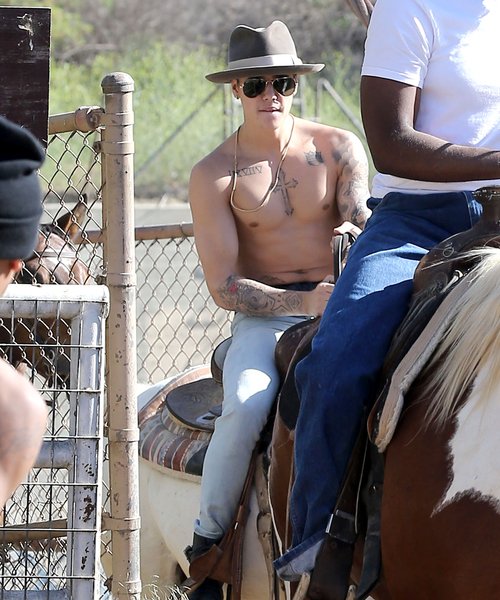 The 'Confident' star has been working hard in the recording studio over the past few months on new music for his next record, and confirmed this week he is still working hard on the project.