Justin Bieber On The "Magic" Between Him And Selena Gomez: "I Didn't Want To Let It Go"

Justin say it "messed" his head up dealing with such an intense love with Selena during their romance.

Justin Bieber has admitted just how tough it was falling in love with ex Selena Gomez in the public eye, but says he had a "magical" time during his romance with the US superstar.

'Sorry' star Justin - who has been very open this month on looking back at his romance with Selena - says he "didn't want to let it go" when times got difficult between the young couple.

“I think with that relationship, I put so much of myself on the line with her, because I was so distant with everyone else,” Justin reveals in the new issue of I-D. “So it’s like, you have the world who’s loving you but it’s not like they know my heart, they don’t know me.

“So when I found that love I was just like, ‘Woah, i want to hold on to this’. And I just put everything into it and in reality there’s just no holding mack, it’s like, magical,” Justin explained.

“I think that really messed my head up too, because then it’s like trust and all this other stuff that starts messing with your mind,” Justin added.

When he was quizzed about Selena on The Ellen Show this week, Justin even admitted the saga may not be totally over. He told Ellen, "It is tough. There's a lot of stuff that reminds me of her. You see something on TV and you're like 'I remember when we used to watch this' or 'I remember this smell it reminds me of a time.'"

And when asked about whether there was a chance for the two of them to get back together, Biebs revealed, "Maybe. I mean, we have a lot of history together so maybe, it possibly could happen but I think we're both just on our own journeys of just figuring ourselves out and I think maybe once we figure ourselves out we can come together and make an awesome duo.

Of COURSE the subject of THOSE naked photos had to come up too, and Justin admitted that the girl in the pics - British blogger Jayde Pierce - was not his new love interest and that he wasn't in a relationship with anyone at this moment.

Justin also previously revealed that a LOT of his new album ('What Do You Mean', 'Sorry' and 'Mark My Words') is about his on-off romance with Selena Gomez… and admits he’ll always love her!

The pair dated on and off for several years before splitting in 2013 but it looks like this romance will never QUITE be behind them, judging from Justin’s comments.

“A lot of it, dude. A lot of it. Probably like three [songs]. [She was my] first real love,” Justin revealed to Access Hollywood, about how much of his album ‘Purpose’ was inspired by Ms. Gomez. “It was really tough. I don’t know if I’m over it yet.

“I don’t think if you end a relationship, you should end that, unless it was super toxic and you guys were hurting each other physically or mentally,” the Canadian superstar continued. “We always respected each other and we still respect each other. 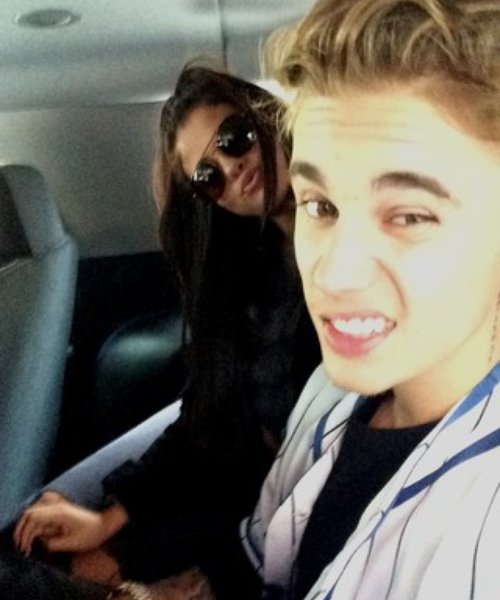 So the BIG question is… will they or won’t they get back together? Well, there’s good AND bad news for all you #Jelena shippers out there, but it isn’t a no answer at least!

I don’t know what is going to happen in the future,” Biebs added. “I think we both got to do some soul searching ourselves and figure out ourselves before we can just try to figure out each other.”