Justin Bieber Jokes About Plans To "Retire" From Music 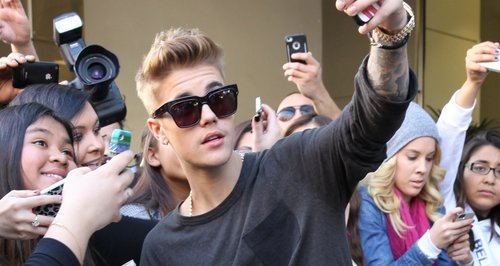 The 'Heartbreaker' star also confirms plans to take "a step back" next year.

Justin Bieber teased plans for his future this week when he joked that he intends to retire from music.

The 'All That Matters' star made the tongue-in-cheek declaration during a radio interview in the US, before going on to discuss his plans for next year.

"I'm actually retiring," Justin seemingly joked during an interview on Power 106 out in Los Angeles this week.

Despite his joke about leaving the music business, Justin did admit that he wants to take "a step out" in the future to help him grow more as a musical artist.

"I want my music to mature," the Canadian pop star explained. "I'm here solely for my fans and for the music."