The 'Boyfriend' singer was spotted with his latest inking backstage on his 'Believe' tour.

Justin Bieber has once again added to his ever-growing tattoo collection with a new inking of a Koi carp.

The fish takes pride of place on his left forearm beneath his owl and 'X' designs.

Fans posing backstage with the teen on his 'Believe' tour in Copenhagen were first to catch a glimpse of the tattoo.

Justin has also sparked fresh rumours that he could be set to get back together with Selena Gomez after sharing a picture of the two on Instagram when they met up in Oslo.

The image has since been deleted from his social networking feed. 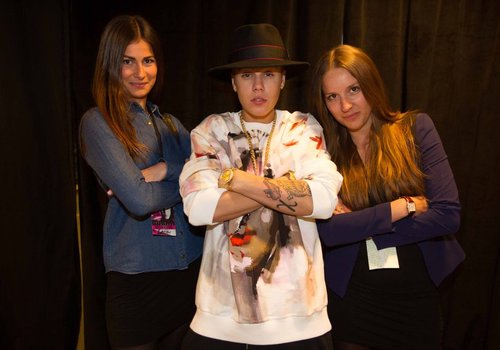 The Sci-fi promo sees the Canadian in hologram form as Will orchestrates a military style dance routine.