Justin Bieber has unveiled the first details of his new fragrance called The Key.

The 'As Long As You Love Me' posted an image of the bottle to his social networking accounts last night.

The singer tweeted " #whatiskey" alongside a picture of the white bottle on his Twitter page last night (20th June).

"Energetic with a sexy splash of sparkling freshness, the luminous fruity floral musk fragrance awakens the senses with a burst of juicy fruits, while the heart blooms to unveil a bright bouquet of sheer floralcy," reads the press releases.

"The creamy dry down blends sensual musks and exotic precious woods with decadent notes of vanilla that will leave you dreaming for more," it continued.

Check out the bottle for The Key below: 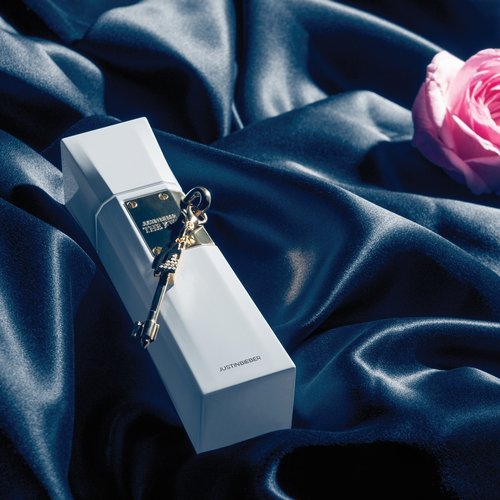 The teen was also seen shooting the commercial for the fragrance back in Copenhagen in April.

The new scent will follow on from previous perfumers Girlfriend and Someday.

Meanwhile, Justin has also been teasing details of his new music as well as a forthcoming movie for 2013.

Has Pete Davidson Removed His Kim Kardashian Tattoos Amid Split?