OUR HEARTS. We’re obsessed with Justin’s adorable little bro – and so is the entire Internet.

It’s official, Justin Bieber is no longer our favourite Bieber. Yep, the crown has officially been stolen by his little brother Jaxon, who was his ADORABLE plus one for last night’s GRAMMY Awards after watching their cute AF display on the red carpet.

Justin brought his little bro with him on the red carpet at the GRAMMY Awards, where the little guy pulled his best serious poses, crossing his arms for the cameras as his big bro gave him kisses on the cheek - and OUR HEARTS COULDN'T COPE.

Jaxon is so cute pic.twitter.com/OoEQQzF2Fq

Proving he's got just as much star quality as his superstar big brother, Jaxon was all anyone could talk about from last night's event. Of course, Justin also shared some ridiculously sweet pictures on his Instagram too, as he's a big fan of a selfie with his brother.

Even when it all seemed to get a bit overwhelming for little Jaxon, Justin was there to make him feel more comfortable in front of the crowds and the waiting photographers, and was basically big brother #GOALS right there.

Needless to say, you guys were squealing about this just as much as we were (and we TOTALLY understand):

JUSTIN BROUGHT JAXON WITH HIM MY HEART

Did anyone else die watching Justin and Jaxon on the red carpet?!?! @justinbieber @JeremyBieber @TheGRAMMYs #Grammys2016

JAXON WAS SOOOO CUTE AT THE #GRAMMYs!

BUT JUSTIN AND JAXON MATCHING OUTFITS WAS ADORABLE

HE HAS ONLY EYES FOR JAXON

Yep, this has pretty much confirmed that we will NOT be able to cope when Justin eventually has kids of his own. If this is how flipping ADORABLE he is with his little bro, imagine him with a baby. We're off to cry a little. 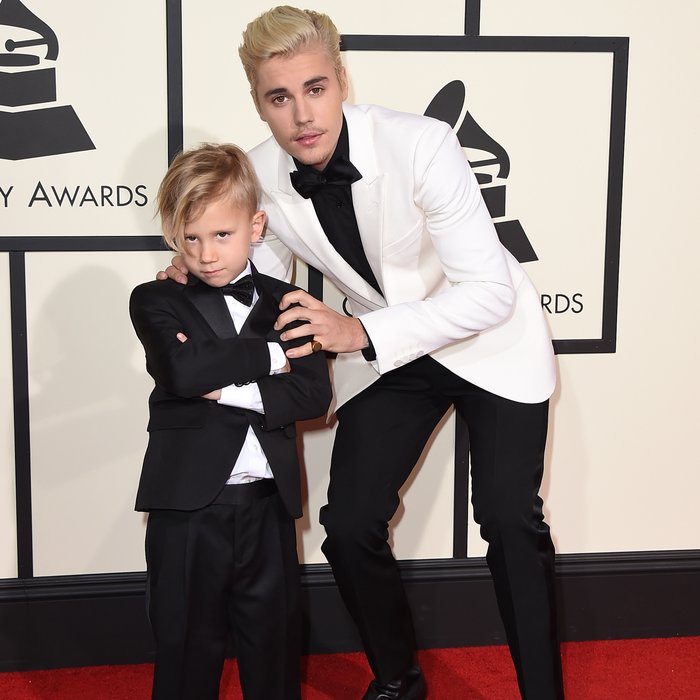