You heard it here first - Biebs has only gone and got Ed to feature on his new album ‘Purpose’! #Winning

This week Justin Bieber gave us a HUGE exclusive when he revealed that he and Ed Sheeran have worked on a brand new song together for his album, and now he's opened up even more!

Ahead of appearing on Roman's Capital show this Sunday from 7pm, Biebs chatted to us ALL about what it was like working with Ed, what sort of song it is AND why he thinks Mr. Sheeran is just a "really chill guy".

“We wrote a song together and basically it’s one of my favourites on the album,” Justin exclusively told Capital’s Roman. “It’s just me and a guitar. Basically that’s how I started, playing on the street with a guitar.

“I think he’s one of the most talented writers in the game right now, so just to have his input and his stories and our stories and match them up together,” Biebs explained. “I think it’s cool for him as well because it always feels good when you write a song and have someone else sing it. He’s just a really chill guy.”

Keep it Capital this Sunday from 7pm for Justin Bieber’s FULL chat with Roman.

Justin ALSO had plenty of lovely things to say about his pal while speaking to us on the green carpet of Ed's movie this week - meaning this pairing could well be our new favourite celeb #bromance. Agreed?

“I think Ed is super talented, one of the most talented writers and guitar players we have right now, so to come here was nothing, I love supporting him,” Justin exclusively told Global’s Kevin Hughes. ‘We’ve known each other for some years now and he’s just overall just a great guy and we actually collaborated on my album. 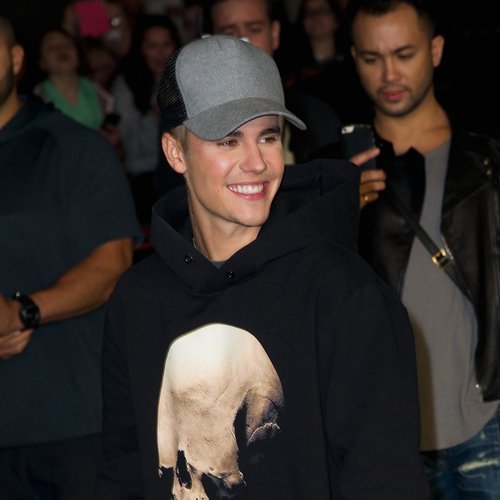 “It’s just acoustic, nothing else, just acoustic guitar,” Justin teased. “I think that that’s what he does best and that’s my roots, I started out just playing guitar and singing and doing covers on YouTube. So it was an easy collab.”

We’re just going to have to go sit down somewhere and breathe into a paper bag or something because two of the BIGGEST stars on the planet right now just confirmed they have a collaboration on the way. This will be HUGE!