The 'Beauty And A Beat' star gave a first glimpse of his latest big screen movie over the weekend.

The 'As Long As You Love Me' star has been filming on his current world tour outing and is expected to unveil the project in full before the end of the year.

Billboard reports that fans and international buyers all attended the screening on Saturday (7th September) as they got a first glimpse of the film.

The location was kept under wraps in order to avoid a swarm of fans heading down to the Cineplex in Toronto.

Check out a picture of Justin in action on his 'Believe' world tour below: 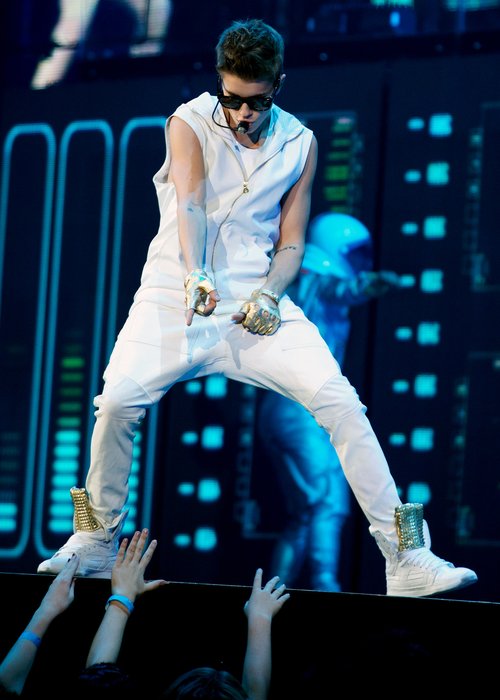 The film sees Justin reuniting with director Jon M. Chu – who was the man behind the global smash Never Say Never movie.

Meanwhile, Justin was spotted out and about this weekend as he headed to New York Fashion Week sporting his old long fringe hairstyle.

Justin Bieber: Inside The ‘Yummy’ Singer’s Family Relationships, From His Wife Hailey Baldwin To His Parents & Siblings