Justin Bieber and his wife Hailey are threatening to take legal action against a Beverly Hills plastic surgeon who has claimed in a TikTok video that she has ‘undergone plastic surgery’.

Justin Bieber and his wife Hailey Baldwin are threatening to sue Beverly Hills plastic surgeon Dr Daniel Barrett after he made claims that the supermodel had been under the knife, in a TikTok video.

The surgeon was given a cease and desist notice as the Bieber’s legal team say that he is in the wrong for using Hailey’s 'name, image, and likeness’ to promote his own brand by spreading ‘false, uncorroborated claims that Mrs Bieber has undergone plastic surgery’, according to TMZ.

Dr Daniel Barrett has also been accused of copyright infringement after using the lyrics to Justin’s track 'Sorry’, in the TikTok caption.

In the clip, the surgeon compared a 2011 photo of the ‘Yummy’ star’s wife, to a more recent 2016 snap, where he claims it’s ‘impossible’ for her to not have had any surgical ‘help’.

He said: “14 hours ago [Hailey] just responded to a user’s comment on Instagram that she has not had any plastic surgery done. These are some photos that I've found that are not edited, what do you guys think?

"Pay special attention to the nose. What do you think? Well, I'll tell you what I think. I think it's physically impossible without getting a little bit of help from someone like myself to go from this picture to that picture.”

"In addition to the rhinoplasty, I think she’s had a couple other things done, listed above, but importantly and very noticeably, lip filler and a genioplasty, which is a chin implant.

“I think she’s gorgeous no matter what, whether she wants to admit to having plastic surgery done or not it’s her business."

In the TikTok video, he also made reference to claims of the ‘work done’ he thinks she’s undergone, which included: “Skin tightening, eyebrow microblading, cheek filler, and jawline contouring.”

The couple have reportedly demanded that the surgeon take down the video in the next 24 hours, however, as of now, he says he has no plans to.

In a statement to E! News, he said: "The purpose of my TikTok account is to increase the transparency of plastic surgery and to educate people about plastic surgery.

"The purpose of the video was not to disparage Hailey Bieber in any way, the purpose of my video was to share my opinion about the procedures that I believed she may have had done based on photos alone.

"This is at the request of many of my viewers who follow me for this type of information and for my opinion."

> Download Our App For all The Latest Celeb And Music News 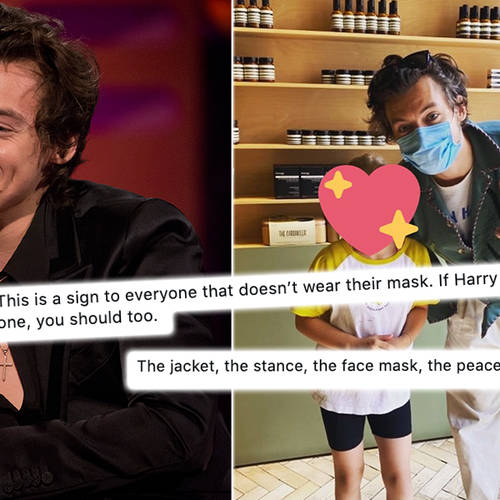