“I’ve Got The Most Boring Rider!” Jonas Blue Lets Us In On A Few DJ Diva Secrets Ahead Of The #CapitalJBB!

Jonas Blue told us how excited he is to be playing the #CapitalJBB and revealed where he ranks on the backstage diva ratings!

Jonas will be taking the stage at London’s O2 Arena on night two of Capital’s Jingle Bell Ball with Coca-Cola, on Sunday 4th December – and he’s undoubtedly a guy who will be bringing that party atmosphere to the UK’s biggest Christmas party!

Revealing his excitement about the show, Jonas told Roman Kemp, “I’m purely speechless about this. Playing in London, for Capital’s Jingle Bell Ball at the O2, I mean what an achievement!” 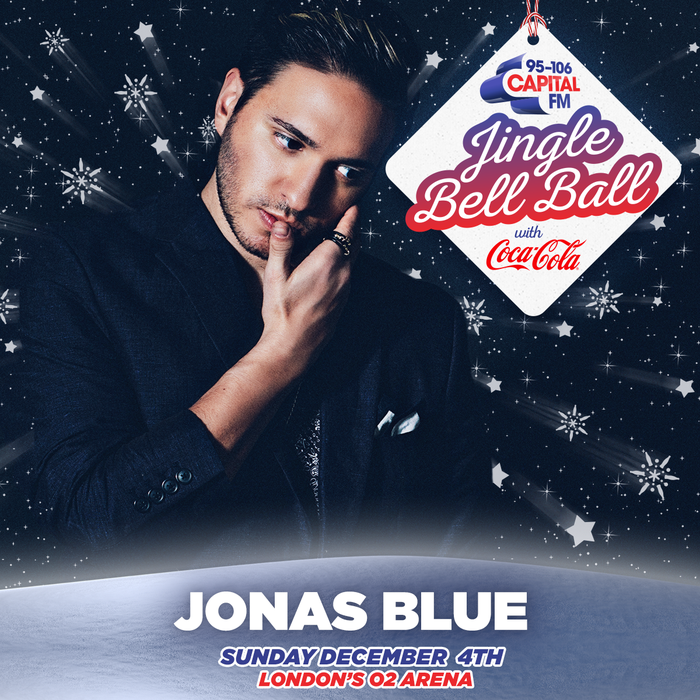 He also went on to reveal just how much of a baller he is and how his backstage requests compare to one of the DJ world’s biggest names.

When Roman asked whether he had any specific backstage requests, Jonas explained, “Well I just did a gig in Dubai and I got told that my rider is the most boring rider ever out of all the DJs.”

“From what I’ve been told, apparently Tiesto has to have a separate dressing room and it has to be candle lit!”

Well, even if his backstage rider requests aren’t off the chain, we know his set is going to be. Just picture partying to ‘Fast Car’, ‘Perfect Stranger’ and ‘By Your Side’ along with 20,000 other people…bring it on!

Capital's Jingle Bell Ball with Coca-Cola will see some of the world's BIGGEST hit music stars descend on the capital on Saturday 3rd and Sunday 4th December. Tickets go on sale Thursday at 8am here on CapitalFM.com or you can call 0330 3333 958 - but you'd better get in there quick before they sell out!