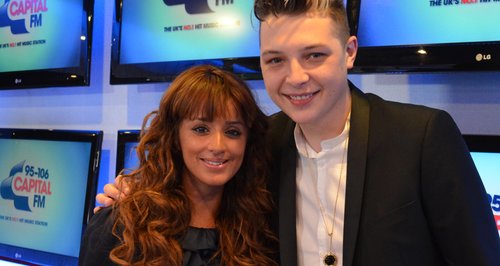 The 'Cheating' singer also talks playing his homecoming gig and what's next for him in the interview.

John Newman opened up to Max on her show this weekend all about his brand new album 'Tribute'.

The 'Love Me Again' singer stopped by Max's Capital FM show this evening (20th October) where he was quizzed about his music, his homecoming gigs and what the future holds for him.

UK singer John also revealed the unusual way he celebrated scoring a number one on the Vodafone Big Top 40 with 'Love Me Again', as well as how he managed to score a table tennis kit for his tour bus.

Watch Max's full interview with John Newman on her Capital FM show this week below:

This week saw the announcement that John Newman will be heading out on tour across the UK in January next year for an 11-date jaunt to promote new album 'Tribute'.

John Newman launched the album earlier this week after the success of his singles 'Love Me Again' and 'Cheating'.