John Newman Reaches Top Five In US With Debut Album 'Tribute': "It's An Amazing Day!" 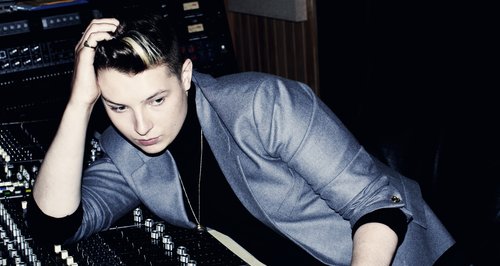 The 'Love Me Again' singer took to Twitter soon after hearing the news to share his excitement with fans.

John Newman has issued a big thanks to all of his fans after the huge success of his debut album out in America this week, which has reached the top five on iTunes.

The 'Love Me Again' singer launched debut album 'Tribute' this week in the US and soon reached the top five on the iTunes US chart, taking to Twitter soon after to express his excitement.

"I've gone to Number 5 in the American album chart with #tribute," John tweeted this week to celebrate his achievement. "An amazing day in my career today, to finish it off with more good news I'm here performing for @latenightjimmy."

An amazing day in my career today, to finish it off with more good news im here performing for @latenightjimmy https://t.co/uhRQbDe7kE

The 'Cheating' singer's debut record has since risen up the iTunes US chart to number three.

John Newman's debut album 'Tribute' has spawned a string of hits including 'Love Me Again', 'Cheating' and 'Losing Sleep'.