The Capital presenter and his wife were all smiles as they went for a stroll with their new arrival in London.

Marvin Humes and wife Rochelle were pictured out with their baby girl Alaia-Mai for the first time this week as the female star went for a hair appointment in London.

The couple were all smiles as they pushed along their new arrival in a stroller, taking in the sunshine in the capital.

It's been two weeks since the pair welcomed their first daughter and Rochelle has also been teasing The Saturdays' performance at this weekend's Summertime Ball.

The 24 year-old star told fans on Twitter they were in for a real treat as she popped by to watch the rest of the group rehearsing.

Check out a picture of Marvin and Rochelle out in London: (Picture: Flynet) 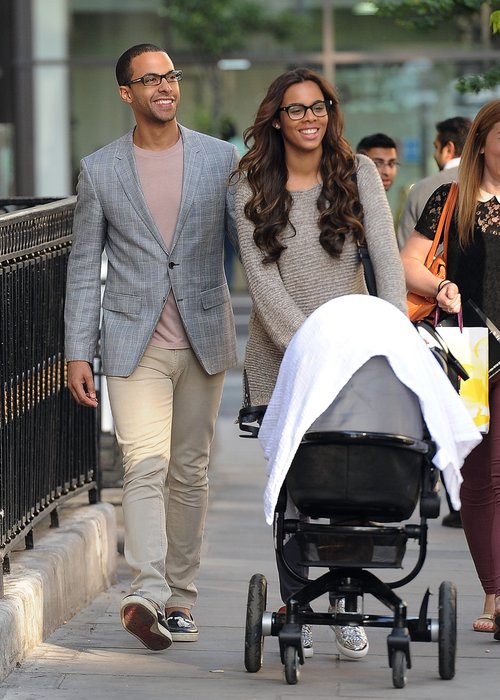 Meanwhile, it was announced this week that Marvin will be heading to Capital FM's Summertime Ball to perform a special DJ set before the start of the show.

This year's line-up features performances from the likes of Robbie Williams, Taylor Swift and The Wanted.