The 'One Shot' singer speaks to Capital FM about welcoming another "mini Saturday" to the family.

JLS singer JB Gill has told Capital FM that he was thrilled to hear the news that Frankie Sandford and Wayne Bridge are expecting their first baby together.

The Saturdays singer took to her Twitter account yesterday (2nd May) to reveal the news that is pregnant to her fans.

"It's great news welcoming another mini Saturday to the family," JB revealed to Capital.

He tweeted: "Massive congrats to @FrankieTheSats and Wayne on their news about Baby Bridge..huge news! Big love x"

Mollie King also shared a picture of the girls with Frankie, all pointing at her stomach with the caption: "Excited aunties!!" 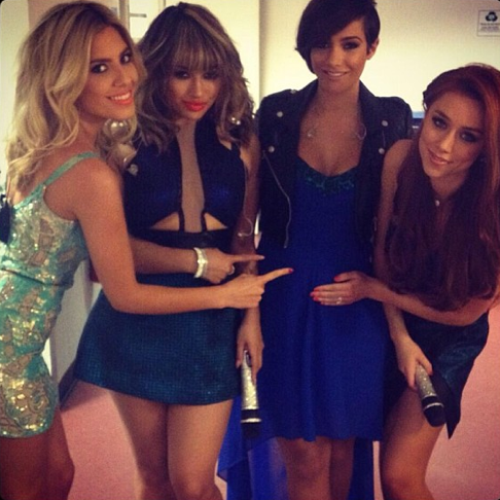 Rochelle is also expecting her first baby and Una Healy was the first member of the group to become a mum last year.

She added: "So happy and excited for our @FrankieTheSats and Wayne's baby news!! X."

Frankie also last month announced that she and footballer Wayne Bridge are getting married - the couple have been together since December 2010.

Listen to JLS' Marvin Humes from 7pm every Friday night on Capital FM.