The 'Who You Are' singer is preparing to make her return to the spotlight with a new album.

Jessie J performed for the likes of Hollywood superstar Tom Hardy last night (2nd May) at a charity gala event in London.

The 'Domino' singer returned to the stage to sing at the 2013 Gabrielle's Gala event, a charity for cancer research, at Battersea Power Station on the River Thames.

Jessie took to the stage in a simple outfit of white cropped top and pink skirt for the performance, while also showing off her cropped bleach blonde hairstyle.

Check out a picture of Jessie J on stage at the charity event this week below: 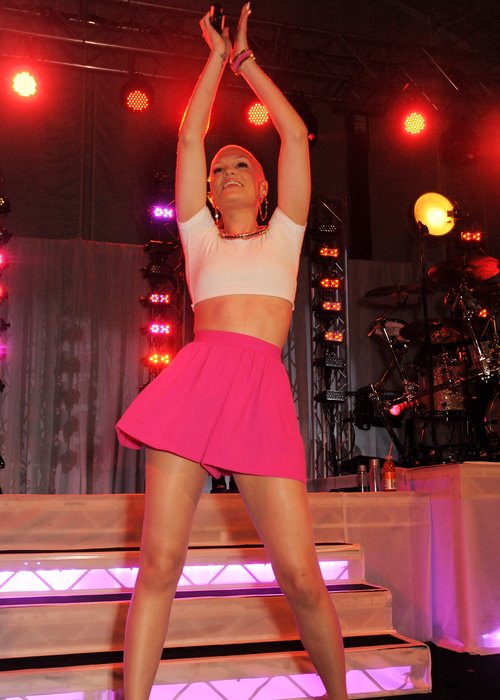 Jessie has promised to kick off her second album campaign this month after confirming plans to launch the follow-up to her debut 'Who You Are' later this year.

Last week saw Jessie revealing some new song lyrics for her fans on Twitter, while she said this week that she has been on a secret video shoot.