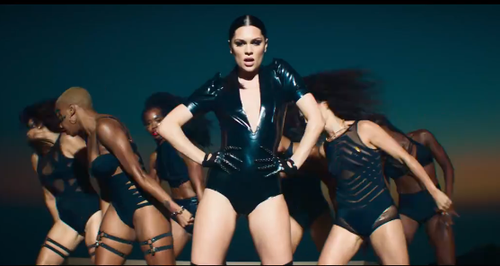 Jessie J has released the sampler for her next album, as well as a clip from the AMAZING video for net single ‘Burnin Up’

Jessie J’s new album is set to be her best one yet, and the pop star has given fans an exclusive sneak peek at all of the tracks from the record.

‘Sweet Talker’ shows a different side of Jessie, with all of the incredible vocals we know and love from the singer, including the Big Top 40 number one hit ‘Bang Bang’ featuring Ariana Grande and Nicki Minaj.

Jessie has also released a very exciting preview clip for the video for the second single from her third studio album, ‘Burnin Up’, which sees Jessie rocking the latex and taking part in a very energetic dance routine.

We LOVE this new incarnation of Jessie J!

The full track list for the deluxe edition of ‘Sweet Talker’ is:

‘Sweet Talker’ will be released on 13th October and ‘Bang Bang’ is available to download now.