The 'Domino' singer opts for a change of colour as she prepares for tonight's big showdown.

The 'Who's Laughing Now' singer decided to go for a change of colour in celebration of the final of The Voice.

Speaking to Capital FM this week, Will.i.am felt confident that Leah would take the crown saying he was "nervous" but sure he had the act to take the crown. 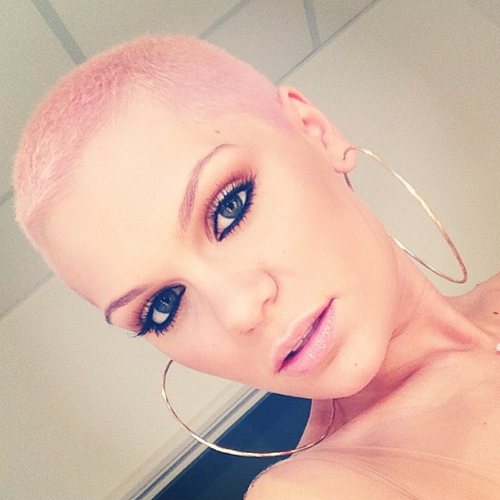 Tonight's episode will also feature a live performance from Dizzee Rascal and Robbie Williams – who will perform their new single 'Goin' Crazy'.

Meanwhile, the signer was recently announced as one of the performers at the special September Stephen Lawrence concert at London's O2 Arena.