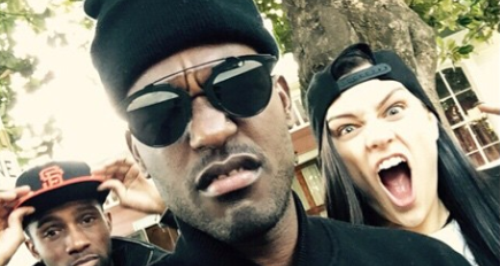 She’s stayed tight-lipped about the man she’s been dating until now, when Jessie J finally revealed her new boyfriend to the world – and don’t they make a GORGEOUS couple?!

Jessie J has remained notoriously tight-lipped about who she has been dating – until now! The singing superstar has finally revealed her new beau to the world in an adorable Instagram post.

Jessie confirmed that she is dating R&B star Luke James after unveiling her ‘man crush Monday’. She tweeted: “My first ever official #mcm My man. My crush. My Monday morning. So it's only right. @wolfjames”

My first ever official #mcm My man. My crush. My Monday morning. So it's only right. @wolfjames

Luke, who has previously been a support act for Beyonce on her Mrs Carter world tour, returned the sentiment with a photo of some polaroid snaps of the couple together captioned, “a new feel | 11/2/14”.

Rumours that Jessie was dating Luke started to surface earlier this year after they had a little flirt over Twitter, and intensified when Jessie invited Luke on stage at one of her gigs last month.

Don’t they make a gorgeous couple? We think so!