The 'Price Tag' singer posts a new picture of herself trimming her own hair on Twitter.

Jessie J is preparing to shave off all her hair for charity this week and has shared a new picture today (11th March) giving herself a trim.

The 'Who You Are' singer posted the shot onto her Twitter account as she reverts back to her signature bob.

Alongside a series of images her hair mid-cut, she tweeted: "Black to the bob (for 4 days) lol."

The black and white images see the British star with a pair of scissors as she cuts her fringe.

The star will say goodbye to her locks on Friday night as she takes part in the event for Comic Relief.

Check out a picture of Jessie cutting her hair on Twitter below: 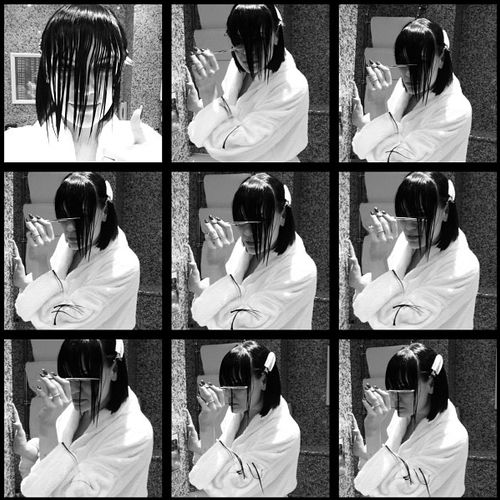 Jessie is also currently preparing to put the finishing touches on her second studio album.

The 'Do It Like A Due' star recently confirmed she had finalised the tracklisting for the record and it would be ready very "soon".