The 'Who's Laughing Now' star has spent the past couple of weeks with her trimmed style after shaving off all her hair for Comic Relief.

"It's my birthday and I'll be blonde if I want to," she posted.

Last night, the singer also thanked fans in advance for their host of well wishes on the social networking site, as she revealed that she would be without phone signal.

Check out a picture of Jessie J with her new blonde hairstyle below: 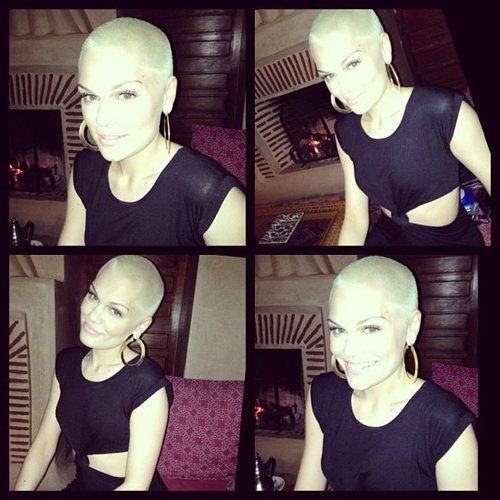 She wrote: "I have no signal where I am so I'm hoping this sends!! ☺ Thank you im advance for all the birthday tweets and messages!!! I feel so happy right now!!! I'm 25!!! Waahhh!!! #birthdaymadness."

Meanwhile, Jessie is also putting the finishing touches to her second studio album and recently revealed that she had decided the tracklisting for the record as well as her next single.