The 'Who You Are' star wowed in a flowery playsuit on the hit US reality series.

Jessie J was seen performing on American Idol last night (16th May) as she joined contestant Angie Miller for a rendition of 'Domino'.

The 'Do It Like A Dude' star wore a flowery playsuit for the performance of her hit single and started from behind Mariah Carey and Nicki Minaj before working her way to the stage.

The eventual winner of the show was crowned as Candice Glover after she beat the Kree Harrison to the crown.

Meanwhile, the singer has also announced details of the first single release from her new second album. 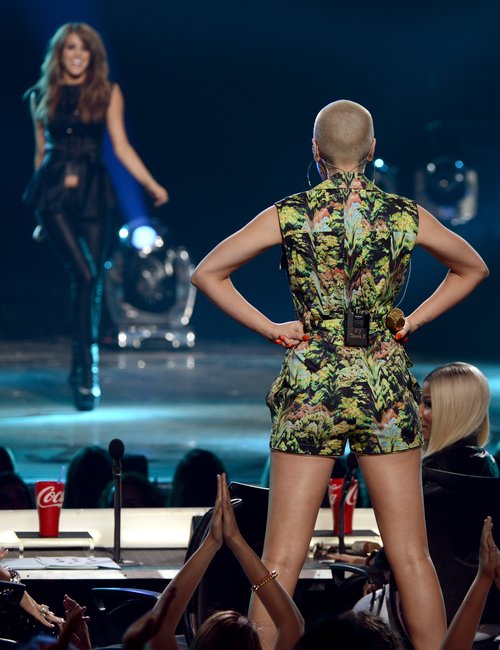 Jessie has hooked-up with rappers Big Sean and Dizzee Rascal for the new song called 'Wild'.