EXCLUSIVE: Jess Glynne On Her Emotional V Festival Set: “I Had To Pull It Together”

The 'Don't Be So Hard On Yourself' on Tinie joining her on stage... and how she's feeling after surgery.

Jess Glynne is feeling VERY emotional after her comeback performance at V Festival 2015 this weekend - and says Tinie Tempah almost made her well up and cry when he came out to join her during the set.

The ‘Hold My Hand’ star opened up exclusively to Max after her performance, which marked her first big gig since vocal chord surgery earlier this year, and says she had to “pull it together” when the feelings got a bit too much.

“The support from other artists is just incredible,” Jess revealed EXCLUSIVELY to Max backstage at V Festival 2015 this past weekend. “Honestly, when Tinie [Tempah] came on stage I had to pull it together.

“This is my first proper gig back since my operation and being off and that’s the most nervous I think I’ve ever been,” Jess added. “I was enjoying it the whole way through, but I just can’t control that feeling. It was amazing.”

The ‘Hold My Hand’ singer is one of some of the BIGGEST names in music who’ll be hitting the stage for the festival, and says she’s so happy her voice is back in a good place after her struggles earlier this year. 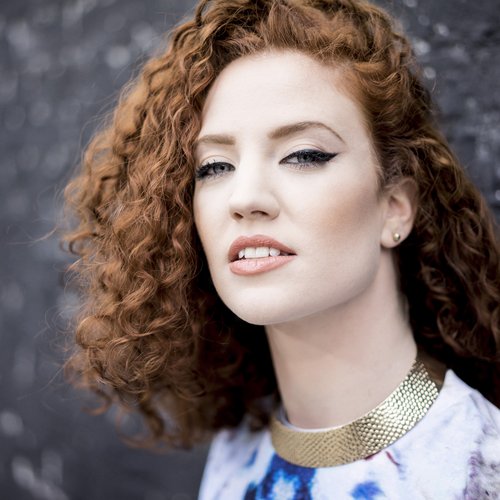 “I’m good! My voice is back. I’m in the recovery process, nearly there,” Jess revealed to Global’s Kevin Hughes. “Pretty scary yeah, going through that is not a pleasant thing as a singer.

“I haven’t had to change the way I sing I’ve just had to be a lot more careful and do training,” she explained. “I honestly can’t wait to start performing.

Jess Glynne's debut album ‘I Cry When I Laugh’ is out now and you can buy it right here.

WATCH: Jess Glynne's Video For 'Don't Be So Hard On Yourself'