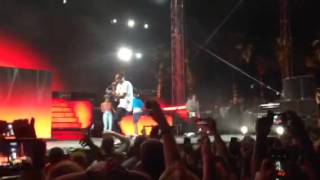 The US rap star performed several tracks with Pharrell as a special guest during his set.

Jay-Z was the showstopper at Coachella Festival 2014 over the weekend when he joined Pharrell Williams on-stage as a surprise special guest.

The '99 Problems' rapper was one of a number of guest stars who joined the 'Happy' singer on stage for the second and final weekend of the US festival, performing several tracks alongside Pharrell.

Check out a picture of the pair on stage together below (Credit: Getty): 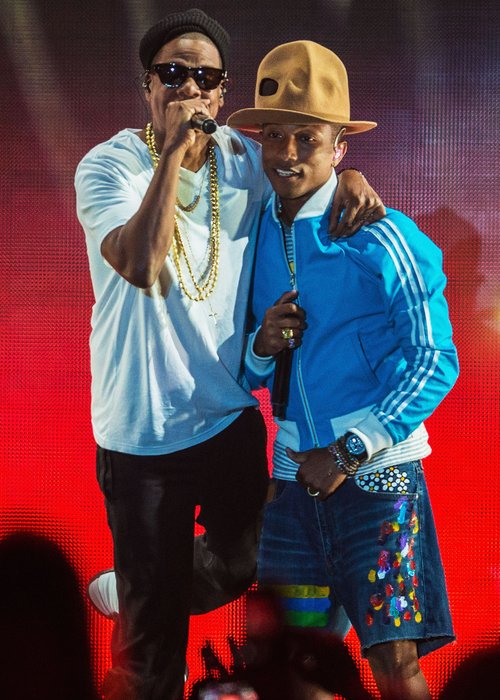 Jay-Z turned up to perform their songs like 'Frontin'', 'Excuse Me Miss' and 'I Just Wanna Love U (Give It 2 Me)', following surprise appearances from stars like Gwen Stefani and Nelly during Pharrell's set last weekend.

Other guests who joined the 'G I R L' on stage at the weekend include T.I. for a version of their Robin Thicke collaboration 'Blurred Lines' and Usher for a performance ofv'U Don't Have To Call'.

Two weeks ago Beyonce made an appearance during her sister Solange Knowles' Coachella set, though this past weekend she was seen simply enjoying the festivities in the audience.

> Pharrell Bursts Into Tears On Oprah.

> Jay-Z To Head On Tour With Beyonce?