Jason closed his set with his HUGE hit 'Want To Want Me' - and had the crowds screaming for more.

It was the track that sold over a million copies in the US alone, so what better way to close Jason Derulo's incredible set than with his hit 'Want To Want Me' from his new album 'Everything Is 4'?

Jason performed 'Want To Want Me' as the last number in his five-song set, and left the 16,000 strong crowd begging for more - it's no wonder he was asked to perform for the fourth time at the Jingle Bell Ball with Coca-Cola!

He's had 4 Big Top 40 number ones and sold over 28 million albums worldwide, and Jason brought all that energy and experience right to London's O2 Arena this evening. 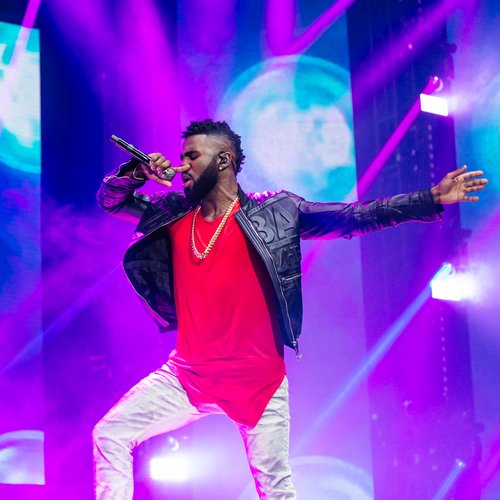