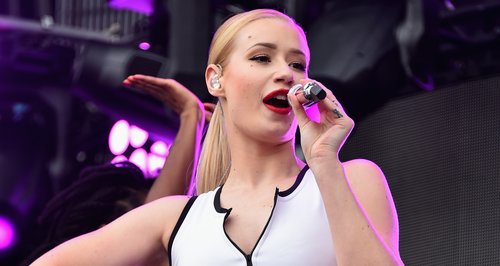 Iggy Azalea’s had an incredible year in 2014, but she’s got some high hopes for her future career in the music industry.

Iggy Azalea may have had a pretty epic year in 2014, but she’s under no illusions that longevity in the music industry isn’t guaranteed for every artist.

Iggy spoke out in a recent GQ interview about her future career hopes, “You never know how long you'll be in people's good graces, especially in this business. So I hope it's long - but I could be here for three or four years and then be out, like most artists.”

“So it depends. I might be here for a long time. At the very worst, if I have a short-lived career, at least I could say I sparked a change - that I inspired some leniency in what people accept in hip-hop. And if I have a very long career and can be gyrating in a leotard at 35, that would be great."

And it’s no wonder Iggy fancies gyrating in a leotard when she revealed who she is taking inspiration from… She explained, “One tour I really love that I didn't go to, unfortunately, was the Madonna ‘Confessions’ tour. I love that tour so much."

"It was actually why I called up Jamie King, who's working on the tour with me - because he left Madonna's tour. I was like, 'I've gotta have the people that were involved in creating this.' I love when the stage changes and transforms."

While she hopes for a long-term career in the music industry, Iggy doesn’t set many long-term goals for her future. She explained, “Then if they don't happen, you can be disappointed. You might overlook the fact that you might still be having a great life."

"I just set immediate goals for myself; the only thing I'm thinking about at the moment is having a great second album and doing a great job on my tour that I have coming up, because it's my first arena tour. And I'd like it to not be my last arena tour."

We’re sure Iggy Iggs is going to be around for a long while yet!