The couple called time on their relationship this week, and they’ve already started diving up their assets.

Earlier in the week, Iggy Azalea confirmed the sad news that she had called off her engagement to Nick Young, and the couple have already started dividing up their assets too.

After tow trucks were seen taking away the blue 1962 Chevy Impala Iggy had bought Nick for Christmas back in 2014 from the house the couple shared, Iggy took to Twitter to tell her fans that she wasn't having the car towed away but that she was moving out of their house.

I never had anyone's car towed nor did I kick nick out of "my" house. The home belongs to nick, Iam the one moving. Thanks.

It was later revealed that Iggy was keeping the car - which is worth around $100,000 - according to Perez Hilton, and that she had returned her $500,000 engagement ring. According to TMZ, Iggy and Nick struck a deal that she could keep the car if she gave him back the ring and according to California law, if a wedding is called off the engagement ring should be returned to the buyer. 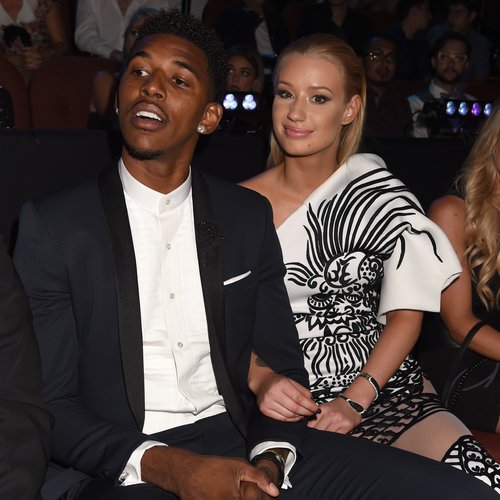 Iggy had treated, Nick (aka Swaggy P) to a GORGEOUS blue classic car for Christmas in 2014 - so we bet he's sad to see that one go.

Iggy had had the 1962 Chevy Impala delivered to her LA Lakers boyfriend at his training facility complete with a big red bow on it, so he could receive his present in front of all of his pals.