But it was one hella performance, wasn't it?

Before December 18, 2016, Fifth Harmony consisted of five members, but at this year's MTV VMAs, the 'Worth It' hitmakers showed the world that they were no longer a five-piece with a bold statement.

During their performance - a medley of 'Down' and 'Angel' - Ally Brooke, Normani Kordei, Dinah Jane and Lauren Jauregui appeared on stage with an unknown fifth silhouette by their side.

As each of the girls ripped off items of clothing, the unnamed fifth member, presumably alluded to be Camila, fell off the stage and wasn't to be seen again.

After singing 'Angel' off their most recent album, the remaining members of Fifth Harmony fall back off the stage too, only to return without their puffy jackets, and with Gucci Mane... Just wait for Normani's splits. Just. Wow. 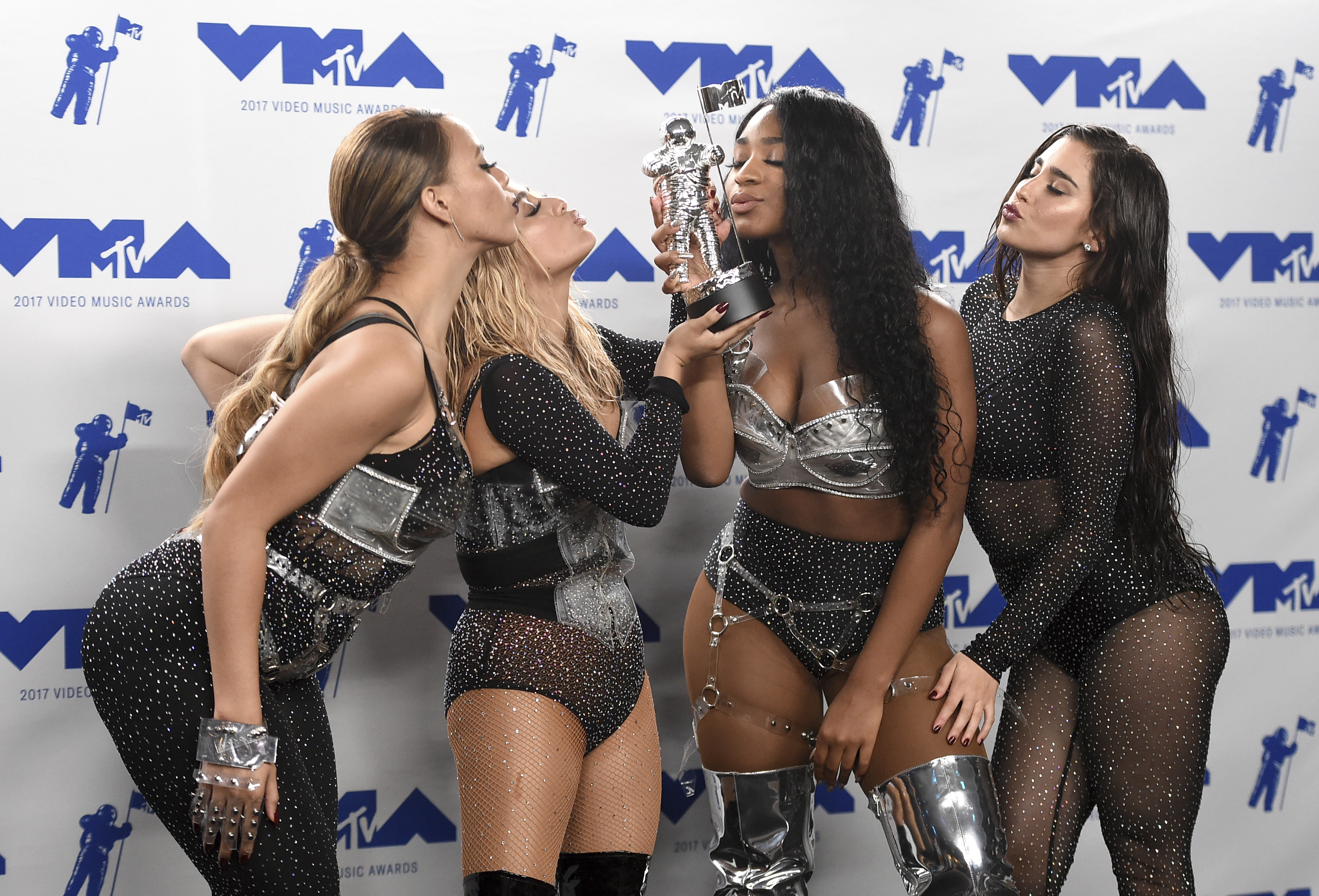 Whether it was just a bit of clever choreography or some serious, not-so-subtle shade, Fifth Harmony proved they're more fierce and fabulous than ever with this performance. That mic-drop says it all.

> You Want Even More Gossip From The VMAs? Then Check It All Out On Our App Right Here!