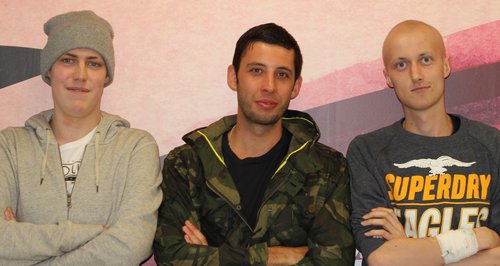 The rapper says he is "really glad" to be working with the charity.

Example has been announced as the latest official ambassador of the Teenage Cancer Trust.

Following in the footsteps of Noel Gallagher, Caroline Flack and Dynamo, Example said he was "really glad to be involved with such an amazing charity".

The 'Stay Awake' singer continued to praise the charity: "It's important to feel like an individual rather than a patient and to meet other young people who you can relate to and Teenage Cancer Trust makes this happen."

The chart-topping singer has already raised £20,000 for the charity and has donated items of clothing, including signed trainers he wore in the 'Kickstarts' video to a special eBay auction.

With the Teenage Cancer Trust building specialist units within NHS hospitals to bring teenage cancer patients together, Example added: "There was no way I could refuse."

His role as ambassador has already received praise from the Chief Executive of the charity, who describes the 'Won't Go Quietly' singer as displaying an "infectious enthusiasm and commitment to the charity".