The 'Next To Me' star also talks about working with the 'Firework' singer in New York.

The 'Read All About It' star told The Sun that it was a great experience working with Katy and was full of praise for her work ethic.

"I've written a song for Katy Perry's album. We did a session together in New York. She was awesome, she knows what she's doing," the Scottish star revealed.

Naughty Boy had previously revealed that he's worked on music for Britney's new album and Emeli confirmed she had also been involved in the project.

"Me and Naughty Boy did the Britney song and sent it off. It's fun writing for an icon and being Britney for the day," she added. 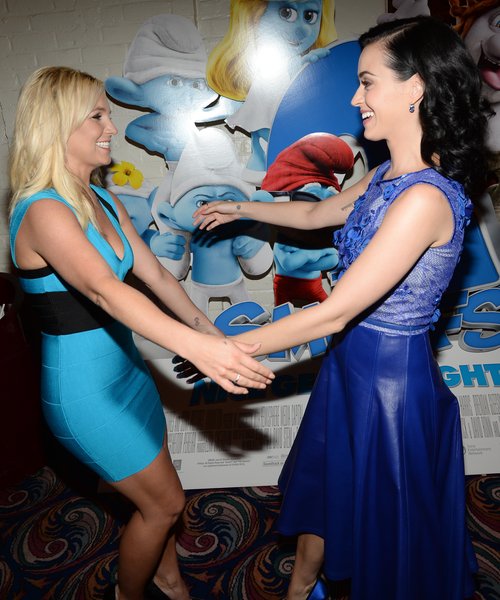 Katy Perry is currently riding high at number one on the Vodafone Big Top 40 chart with her new single 'Roar' and releases her third album 'Prism' next month.

Britney also started a countdown to a huge announcement on her official website recently as she prepares for her musical comeback.