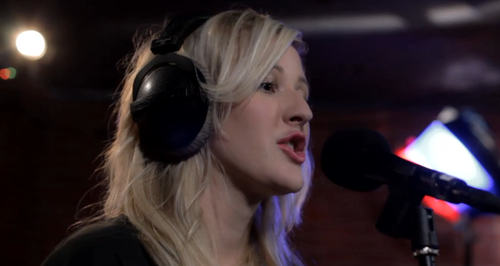 The 'Anything Could Happen' singer gives Capital FM an exclusive live performance of her recent number one smash.

Ellie Goulding has given a performance of her recent Vodafone Big Top 40 hit 'Burn' as part of an exclusive live session on Max's Capital FM show.

The 'Anything Could Happen' star appeared on Max's evening show earlier today (8th September), where she performed several big tracks from her recent album 'Halcyon Days'.

Ellie has had a hugely successful year in 2013 so far after releasing her latest album repackage as well as scoring a number one on the Vodafone Big Top 40 with 'Burn'.