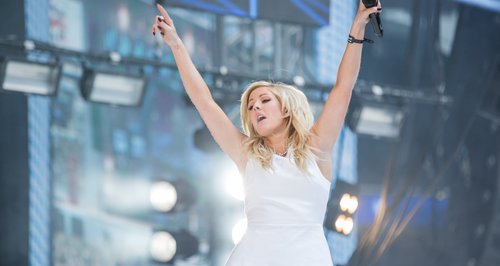 The 'Halcyon' singer will embark on a three-date outing across the country next year.

The 'Anything Could Happen' star is currently riding high at the top of the Vodafone Big Top 40 chart with her new single 'Burn'.

The shows will take place from 5th March at the Capital FM Arena in Nottingham before heading to Liverpool on 8th March and finishing at London's O2 Arena on 9th March.

Check out the newly announced UK arena tour dates below:

Tickets go on sale Friday 30th August and to book yours simply call the Capital FM ticket line on 0330 33 33 123 or click the buy tickets button:

Meanwhile, Ellie was recently seen at the MTV Video Music Awards 2013 this past weekend.

She was forced to deny rumours that she was dating Ed Sheeran after the pair were seen holding hands.