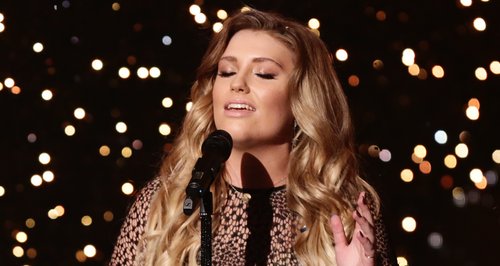 Listen to what the stars told us last night after picking up their gongs at the central London show.

The likes of Ella Henderson, Mel B and The Saturdays all had reasons to celebrate last night, after picking up gongs at the Cosmopolitan Women Of The Year Awards 2014.

The annual event took place in central London and saw a who's who list of stars attending the event, where the best of the year were crowned with awards.

Ella Henderson won Ultimate UK Music Artists after a whirlwind year in music that has seen her launch two amazing singles with 'Glow' and 'Ghost' and her debut album to boot!

Taylor Swift, another #CapitalJBB star like Ella, was named the Ultimate International Music Star while The Saturdays won Ultimate #FabulousFriends, an honour they were VERY excited to receive!

We're actually really honoured. It means the world to us. We've won lots of awards in the past but never for the actual reason we're still together, our friendship means everything to us so it's nice to celebrate that," The Saturdays' Una Healy told Capital's showbiz reporter Kevin Hughes.

Elsewhere, Mel B was celebrated for her debut on The X Factor UK when she picked up the gong for Ultimate TV Personality, saying: "I find it really empowering but also really confusing because I am just myself!"

And the McBusted boys were on top form at the Cosmo Awards yesterday, being named Ultimate Men Of The Year… and Dougie Poynter from the band was slightly confused about the gong!

"Yeah, we won Men Of The Year, which is weird for us because we don't really see ourselves as men," Dougie told us. "Considering we only hit puberty a few months ago, to be considered a man is quite an honour."

Congratulations to EVERYONE who won at the Cosmopolitan Awards 2014 this week!