Eliza Doolittle Announces Title Of New Album 'In Your Hands'

The 'Big When I Was Little' singer reveals the name of her new record during a show in London last night.

Eliza Doolittle has revealed that her new album will be called 'In Your Hands'.

The British star recently unveiled new single 'Big When I Was Little' and has been teasing the record with fans on Twitter.

She made the announcement at her show in London last night (30th July).

She told the audience: "I don't care if I'm not supposed to tell you anymore. The title of my new album is 'In Your Hands'." 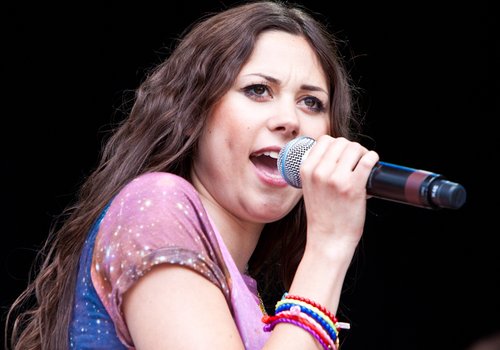 Speaking on her social networking account after the gig in Islington, she wrote: "That was a real pleasure tonight ..Man, getting to play so many of the new songs to you...it certainly got the electricity flowing thru me !"

Eliza is expected to release new album 'In Your Hands' later this year.