We can't get enough of Ed and Big Mike's friendship.

Stormzy has been praising his pal Ed Sheeran on Instagram, after the singer's incredible run of sold-out shows at Wembley.

Ed has just finished four nights back-to-back at the national stadium and surprised the crowd on Saturday by bringing out Stormzy to perform the pair's 'Shape of You' collaboration.

Stormz posted a pic of him and Ed on his Instagram story, captioned: "This guy has headlined WEMBLEY STADIUM 7 TIMES......HE IS 27. Forever proud my brother keep inspiring me" 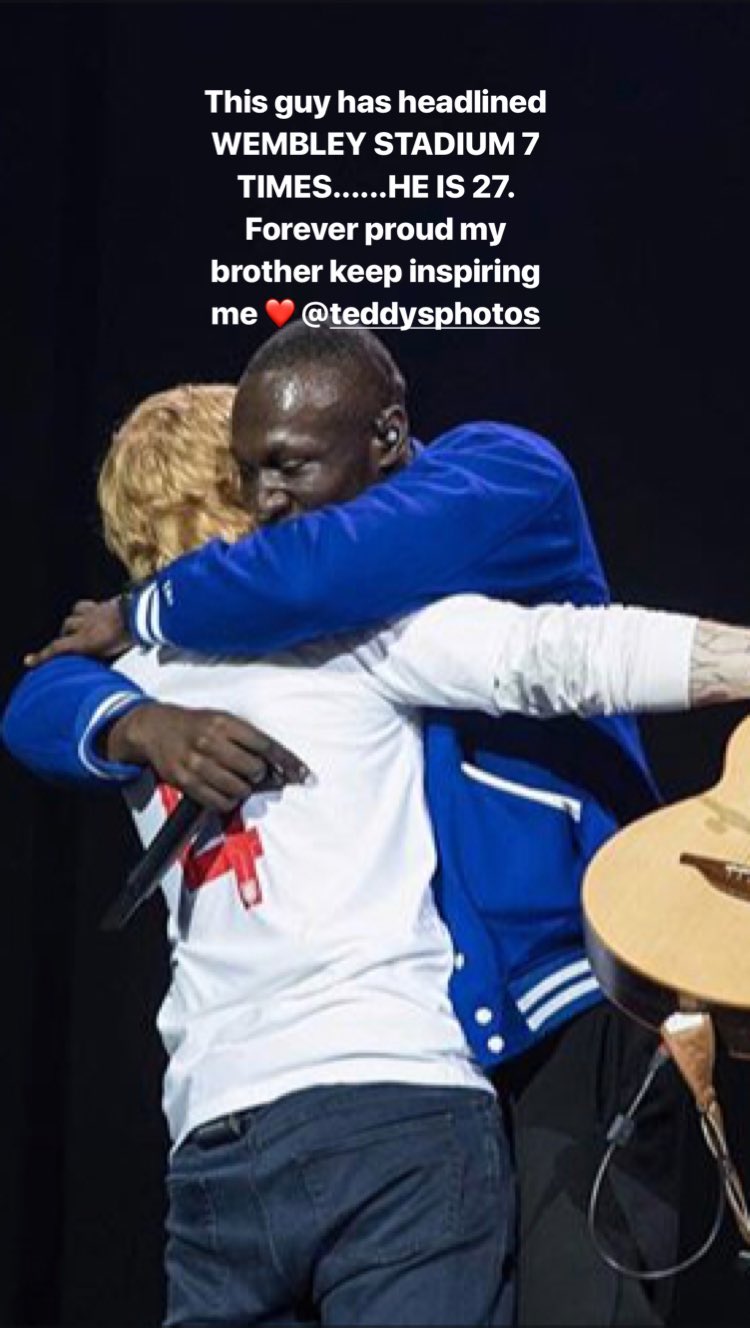 Ed also shared a clip on Instagram of the two performing on stage and you can clearly hear how the rapper's guest appearance sent the 80,000-strong crowd wild.

We just know it won't be long before Stormzy is headlining Wembley Stadium himself!

> Download Our Free App To Get The Latest On Ed's Tour!