“I Worked Hard”: Ed Sheeran Says He Would Love To Win A VMA For ‘Thinking Out Loud’

Ed is one of the leading contenders for this year’s MTV VMAs but he says he really wants to get an award for ‘Thinking Out Loud’.

Ed Sheeran may be up for a HUGE six nominations at this year’s MTV VMA Awards, but he’s got his eye on one in particular…

Our favourite ginger singing God is up for the coveted Video Of The Year award for ‘Thinking Out Loud’, and despite his awards shelf groaning under the weight of hundreds of gongs, he REALLY wants to get his hands on this one.

Ed told Global’s Kevin Hughes, “If ‘Thinking Out Loud’ didn’t get nominated I would be really upset, because I won a VMA for ‘Sing’. 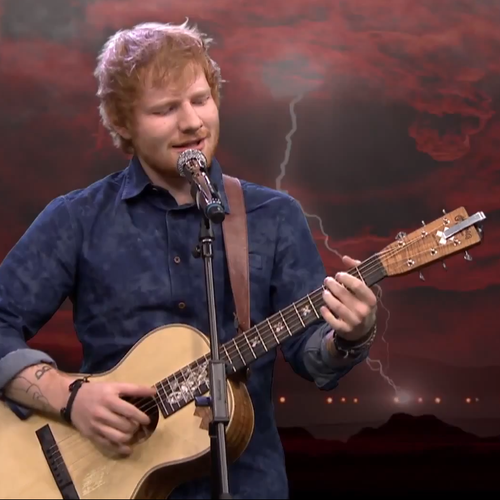 Well, it’s not everyday you learn to flipping Ballroom dance for a music video, eh? We reckon he’s got a VERY good shot at that award!