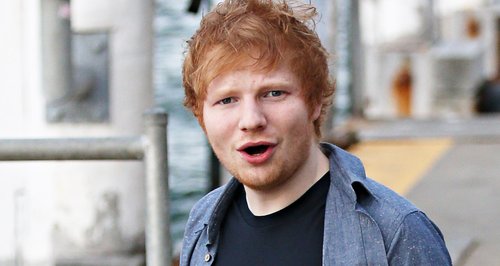 The 'X' star is looking forward to performing for the third time at Capital's summer event.

Ed Sheeran says he is "excited" to return for the Capital Summertime Ball 2014 with Vodafone following today's (8th May) announcement he has joined the line-up.

The 'Sing' star chatted exclusively to Capital about how much he's looking forward to returning to the Capital event for the third time in his career.

"I'm excited!" Ed told Capital's Max, following the announcement he will be performing at this year's event. "Yeah, I played it in 2012 as well.

"This will be the third time I've done it," he explained. "It's definitely a bit stage to be on! A lot of people!

At last year's Summertime Ball in 2013 Ed made a surprise appearance, coming out during Taylor Swift's set for a duet with her on 'Everything Has Changed'.

[[ This video has been removed ]]
Ed Sheeran - Sing (Official Audio) on MUZU.TV.