Watch a video of Ed's haunting new song from his live session at Capital.

Trust Ed to make us well up with tears on a Sunday night... thanks Mr. Sheeran!

The UK star stopped by Max's show (29th June) for an exclusive live session that saw him performing tracks from his brand new album 'X', including a new song called 'Photograph'.

If you want a taste of the Ed Sheeran live experience, and his second studio album, look no further than the incredible video above. 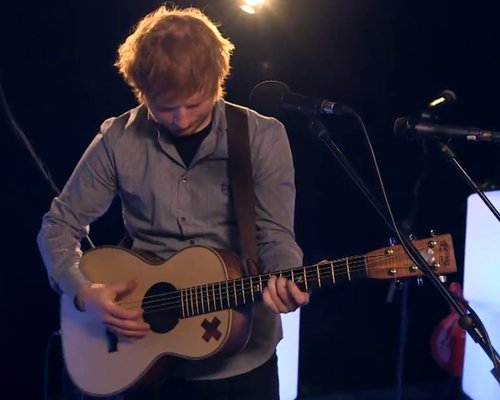 Don't forget to watch Ed Sheeran covering 5 Seconds Of Summer's MASSIVE hit 'She Looks So Perfect'... in his own unique style of course!

Plus the UK star also gave an amazing performance of his number one single 'Sing', seen below: