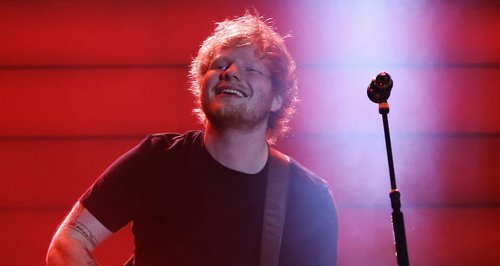 The 'Lego House' singer also reveals he's written 70 tracks to choose from for his next record.

Ed Sheeran has revealed that he is not planning on giving his new album a "regular" name.

The 'You Need Me, I Don't Need You' star has been busy working on his second record for much of the past twelve months and told the Daily Star that his debut has now set the tone for unusual names.

"I can't call an album '+' and then give the one after a regular name," he told the publication.

Ed, who has been working with producer Rick Rubin on his album, also said that he's had a lot of material to choose from.

Ed has recently wrapped up his supporting slot on Taylor Swift's 'Red' UK tour and has told fans to expect a February 2014 release for the album.